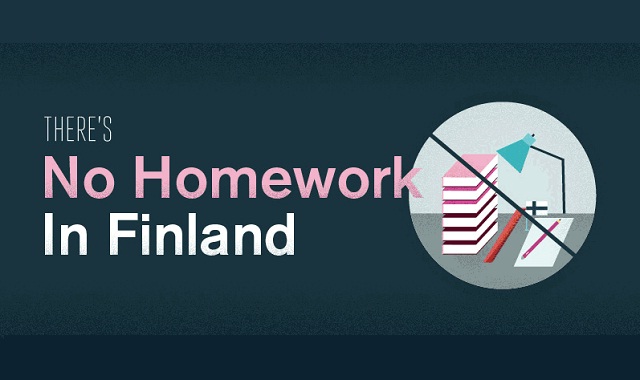 I see you: The all seeing eye of the World Top 20 Education Poll

NJ MED published its first Annual Education Poll in 2013, to rank 209 nations education systems. The poll’s purpose is to gather information on how countries are preparing their youths for the 21st century global knowledge base economy.

With this information, it would be very easy to see which countries are committed to making the world a better place. And more importantly, to safeguard the lives of every person living.

Unfortunately, over half of the countries on the planet, do not have educational data available. Most of the information on education, they do have is two to three years old, or even worse five to ten years old.

If it does not exist, No One will Know the Truth

Only 85 countries out 209, educational information is up to date.

Let’s Make It Easy for Them

To simplify the process, NJ MED created its ranking system to recognize the countries that are doing a great job to prepare their population for life.

So quarterly, they rate the top 20 countries. By measuring early-childhood enrollment rates; test scores in math, science and reading for lower and upper primary students; and high school and college graduation rates.

Each year, the ranking system starts off by projecting, which 20 countries will rank, as the best education systems for the close of the year (December 31). Follow by an International Survey of students, teachers, parents, educators, and local taxpayers (from May to July), for its second quarter ranking poll.

In September, the poll uses the latest international test scores and graduation rates to rank the top 20 countries, for its third quarter ranking poll.

In December, it closes out the yearly top 20 ranking system, by contacting each nation’s education department to up date the information and confirm the data it used in September is accurate.

The information used to compile the rankings, is data that comes from six international educational monitoring organizations.

These organizations include – the Organisation for Economic Co-operation and Development (OECD), Programme for International Student Assessment (PISA), the United Nation’s Economic and Social Council (UNESOC), The Economist Intelligence Unit (EIU), the Trends in International Mathematics and Science Study (TIMSS) and Progress in International Reading Study (PIRLS).

NJ MED then sends the information it has complied to each country Ministry of Education Department to assure the data is accurate, and get their comments and approval. If the country states their results, were not accurate, NJ MED honors their request and graded them accordingly, with the new source of data they provided. However, if a country does not respond, NJ MED assumes the poll’s information is correct.

Finding solutions to problems is the next stage in the World Top 20 Poll process. Each year, NJ MED grades countries progress in improvement in one of its five developmental educational stages.

Next year (2018), NJ MED will release its five-year report. That will make recommendations on what areas are in need of improvement and suggestions on what type of support can help solve each nations problems.

The purpose of this report is to support the initiatives of the 17 Global Goals and 169 target indicators of the Sustainable Development Movement.

Starting next month (May 1st to June 30th), it’s your turn to express, what you would do if you where in charge of your country’s education system.

By participating in the 3rd annual International Survey on How Would You Improve Your Country’s Education System?

Those results will be published in July’s 2017 Global Education Report. Until then, please check out the World’s Top 20 Polls 1st Quarter Report below:

Finland has held the unofficial title as the country with the world’s best education system, since 2000.  After, adding five new key indicators to our educational ranking system, Finland is projected to take the official title in 2017. By outperforming, Japan and the three time winner of our ranking system, South Korea. Finland ranked higher in 3 of the new indicators – Secondary children in school, and teachers to student ratio for both Primary and Secondary schools. Power Ranking Score of 114

Second place finishers for the last three years in the World Top 20 Education Poll. Japan is projected to finish second for the fourth year in a row. Japan education system continues to be rated has one of the best. With its excellent development of students between the ages of 5 to 14.  Power Ranking Score of 104

South Korea, the three-time winner of the World Top 20 Education Poll ranking system, is projected to finish third in 2017.  South Korea only performed well in the completion rate of students 5 to 14, in the five new indicators. However, it should be noted, South Korea, for the last three years were projected, to finish second or third, but after the annual fall test scores and graduation rates of high school and college students, they finish first in the annual poll. Power Ranking Score of 101

Denmark perhaps the most underappreciated country in the world, is again among the elite in educational development. Finishing last year number 8 in the World Top 20 Education Poll, Denmark rated in all five of the new indicators. Finishing 5th in Secondary age students in school, and 7th and 9th for teachers to student ratios for Primary and Secondary schools. Power Ranking Score of 94

After, finishing its highest ever in the World Top 20 Education Poll – number 3. Russia remains one of Europe’s top countries in preparing its students for the workforce.  Their student to teacher ratio for students 14 to 18 (one teacher for every ninth student), is the 3rd highest ranked in the world. Making Russia a clear favor to finish in the top 5, for the third year in a row. Power Ranking Score of 91

Norway finished 2016 ranked number 16, but has moved up 10 spots in the first quarter rankings for 2017. Norway’s teacher to student ratio for Primary age students is second in the world (one teacher for every students), and ranks fifth in the world for Secondary students (one teacher for every ten students). Like most countries, their international test score results will determine how high they finish in the final poll in December. Power Ranking Score of 82

Dropping one spot from last year’s final rankings, the UK teacher’s issues is starting to affect their international rankings. For over the last four-years, the country’s teachers have been fighting for better wages, more classroom support, and the need to recruit more teachers. If this problem continues, the UK may fall out of the top 10 for the first time. Power Ranking Score of 78

Israel remains formidable in the international circles, has its country’s educational system for early-childhood development has risen to number two in the world. And their improvement in Primary education completion rates and in school enrollment rates are among the highest in the world. It’s not impossible for Israel to finish in the Top 5 at the end of the year. Power Ranking Score of 77

Sweden progress over the last three years has been impressive. Keeping pace with its other Nordic mates (Finland, Denmark and Norway), Sweden’s enrollment of Secondary age students (15 to 18) is third in the world. While their completion rates for Primary age students (five to 13) ranks sixth. If they hope to improve on their last year finale ranking of 18, their Secondary student’s high school graduation rates (69%) have to reach higher levels. Power Ranking Score of 75

Hong Kong has the world’s highest enrollment rate for Primary age students. Finishing 14th in last year’s Top 20 rankings, if the country ever wants to finish in the Top 10, it has to improve its early-childhood education enrollment. However, with its current success in Primary age student’s test scores and enrollment completion rates that seems highly unlikely. Power Ranking Score of 70

The number ten ranked country in last year’s World Top 20 Poll, Netherlands drops one spot to number 11 in this year’s pre-poll selection. A mainstay in the annual rankings, the Netherlands Primary and especially Secondary in school student rankings keeps them relevant as we start the year. If their international test scores in Math, Science and Reading can improve for both these age groups, the Netherlands should end the year above their last year’s rankings. Power Ranking Score of 67

Belgium may have the world’s most complex education system. Their system consists of three different communities – Flemish, German, and French-speaking. Yet, they rank 9th and 4th in teacher to student ratio for Primary and Secondary grades, and 5th and the first for in school student enrollment for Primary and Secondary age students. Pair that with them having the world’s third highest early-childhood enrollment rates (98%), there is no way, they should not be ranked in the top 20 at the end of the year. Power Ranking Score of 65

Germany a world power in economic and social justice. Faces another year of trying to break back into the World’s Top 10, in education development. After finishing out of the Top 10, for the last two years, Germany has another major challenge in making it to a Top 10 finish in 2017. Power Ranking Score of 63

China, unlike Germany, finished 2016 in the Top 10 (number 9). However, they have a tough challenge in repeating that accomplishment in 2017. Their major obstacle will be to improve, their early childhood enrollment rates. Every year, this has preventing them from making a top five finish. Let us hope they invest more in every child. Power Ranking Score of 62

Singapore is the world’s best test taking country. Year in, Year out, their Primary and Secondary international test scores in Math, Science and Reading are among the highest, and was the best in 2016. Yet, the number of Primary and Secondary children in school is not impressive. They failed to rank in the top 20 in both areas. This is where their country’s lack of investment in education for every child makes them vulnerable in their economic and social growth. It will also be interesting to see, if this year, they will make a Top 5 finish, with the Poll’s five new educational indicators. Power Ranking Score of 57

Portugal is always between. Good, Average or Below Average. In last year’s preselection poll, they we’re projected to finish in the top 20, however, they did not qualify. This year, they are projected to finish 16th. Which would be, their highest ranking ever. With the world’s second highest number of Primary, age children in school, and the sixth best teacher to student ratio for Secondary school. Portugal has their best chance, since 2015 to make the final 20 rankings. Power Ranking Score of 54

Hungary’s education system was ranked 20th in the world’s last year. With the 5th highest teacher to student ratio for Secondary age school, they’re chances to finish higher this year is almost guaranteed. The only drawback is they have a very low higher education graduation rate (32%). Power Ranking Score of 52

Estonia is the 8th country from Northern Europe to make the rankings. Just missing out of last year’s top 20. Their country has the world’s highest Primary age completion rate for students. With an opportunity to improve this year, will depend on how well their international test score is for those Primary age students has they enter Secondary education. Power Ranking Score of 50

France had the highest early childhood enrollment rate in last year’s poll, which increases their chances to finish in the top 20 again. More interesting is the fact, France has the world’s 4th highest number of Primary age students in school. If the new Government Leadership continues to invest in their education system, France can be a Top 10 country in education by 2020. Power Ranking Score of 50

Can you see a shake-up is coming? No doubt, the United States Government is in a transition stage. The US finished a surprising 7th in last year’s rankings. The best since the 70s. However, early indicators seem to suggest the US, will be reorganizing itself, towards more public school funding towards charter schools and breaking up teachers unions. Next year this time, we will know those results. Power Ranking Score of 47