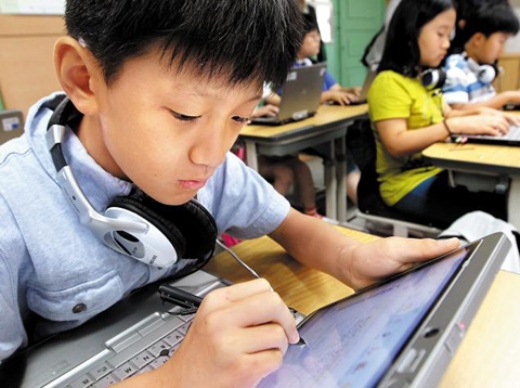 South Korea’s commitment to invest in education pays off

South Korea performance in education in the last four years has been masterful in execution. Their results in standardized testing and their student’s ability to advance towards college graduation is the model over 200 nations, are chasing to be the best in education.

South Korea May Be the Best, But

Heavy is the crown who wears it.

With all the success South Korean students have achieved, some of the country’s children suffer from high rates of depression and mental fatigue. That lead to emotional breakdowns that lead to irrational thoughts that leads to suicide.

Most of the critics of the South Korean teaching method and objectives say they are pushing children and their parents too hard to passing standardized test, rather than teaching students to develop normally as adolescents.

This is something the South Korean government must take very seriously. However, they feel a discipline focus is part of their cultural pride, and something that has strengthened the nation, not weakened it.

We hope, they can come to a common ground to help to ensure every child develops in a healthy, safe, and nurturing environment.

Hong Kong and Israel moved into the Top 10, and China went from ninth in 2016 to fifth in 2017. The United States fell from number seven in 2016 to sixteen, with Russia remaining as the only non-Asian country in the Top 5.

Here is the breakdown of the 2017 Top 20 World Ranked Education Systems:

Number 16: United States education system fell nine positions from last year’s top 10 finish. The US ranked top 15 in three education levels – Primary, Secondary, and College. After, finishing number one in the second quarter rankings in 2017, the US dropped out of the top 20 rankings in the third quarter and returned to finish four positions higher than their first quarter projected ranking.

Number 15: Norway ranked top 20 in three educational levels – Early Childhood Enrollments, Primary, and College Graduation Rates – in 2017. In the first quarter poll rankings, Norway projected to finish number 6 at the end of the year. Nevertheless, Norway’s education system makes their fourth appearances as one of the world’s 20 best-educated countries.

Number 14: Ireland education system finishes as one of the best in NJ MED’s World Top 20 Education Poll for the fifth time. Ireland rated in 3 top 20 education levels – Primary, Secondary and College Graduation Rates. Ireland making the 2017 final poll ranking, is somewhat shocking, after not being rated all year.

Number 13: Canada dropped one spot from its 2016 ranking. Making it two straight years, Canada has failed to make the top 10. However, Canada continues to do well in three educational levels – Primary, High School, and College.

Number 10: Israel’s education system returned to the Top 10 in 2017. After, Israel ranked in four of the five of the World Top 20 Education Poll’s educational levels – Early Childhood, Secondary, High School, and College.

Number 9: Denmark’s education system ranked in the top 10 in all four quarters of the 2017 World Top 20 Poll. This makes Denmark’s fifth consecutive year in finishing in the top 20, and ranked top 20 in 4 education levels – Early Childhood, Primary, High School, and College.

Number 7: Singapore’s strong standardized test scores for Primary and Secondary levels keeps them in the top half of the World Top 20 Education Poll. Yet, this is Singapore’s lowest finish in five years.

Number 3: Russia was the only non-Asian nation to finish in the World Top 20 Poll’s top five. Russia also was one of only four countries (Netherlands, Japan, and South Korea) to finish top 20 in all five educational levels of the World Top 20 Education Poll – Early Childhood Enrollments, Primary and Secondary academic scores, and both High School and College graduation rates.

In 2018, NJ MED will publish its first draft World Education Data Base of 265 nations. So, the nations who rank well in one of the five educational levels will push some of this year’s top 20 countries out.

The 2018 World Education Data Base will also allow everyone to see, where each country ranks in- Africa, Asia, the Oceania, Europe, North America, Central America, South America, and the Caribbean’s.

But for now, congratulations to South Korea, the best of the best.