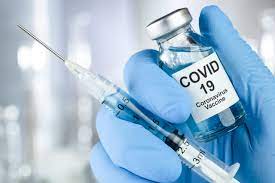 Back to School in 2021 around the world is mind puzzling. A mind puzzle without a clear picture of where do these pieces go. It is perhaps the greatest challenge 21st century educators will face.

The fact that during the pandemic, schools around the world were closed, putting more than 1.6 billion students out of school. Between March 2020 and February 2021, almost 214 million children – or one in every seven – missed over three-quarters of in-person learning, according to a UNICEF estimate.

Governments across Europe have debated when to close and reopen schools, calculating the risk of children transmitting the virus at school against the economic and educational inconveniences that keeping them at home would cause.

An analysis of global research finds that collected data after January 2021 reveals that there is evidence of transmission in schools and daycares around the world. Masking, cohorting, canceling higher-risk activities, distancing, hygiene standards, lower class size, and improved ventilation all helped to keep transmission to a minimum.

What are our options?

To assist countries in planning, prioritizing, and ensuring that all students return to school; that schools take all necessary precautions to reopen safely; that students receive effective remedial learning and comprehensive services to help them recover learning losses and improve their overall welfare; and that their teachers are prepared and supported to meet their students’ learning needs.

While trying to fine-tune interventions to improve the chances of children in kindergarten through grade 12 thriving and remaining physically and mentally well while learning in person.

Despite this, several countries, particularly the United Kingdom, are adamant about getting children back into classrooms after 18 months of lockdowns, remote learning, and canceled exams. Since early 2020, British schools have stopped for three months on two occasions, and key year-end exams have been canceled two years in a row, causing havoc with university admissions.

Masks were applied inconsistently throughout Europe and the United Kingdom when the epidemic hit worst in 2020-21 due to a lack of evidence on mask use and effectiveness in young children.

So What is the Solution?

Vaccination remains the most efficient and long-lasting method of preventing infectious illnesses. Vaccine mandates and other measures aimed at increasing vaccine coverage in schools for all students who are eligible, including instructors and older children, appear to be the most effective strategies for reducing transmission.

Many other governments are debating whether to follow the lead of the United States, Canada, and many European countries in vaccinating everyone aged 12 and up.

In contrast to the United Kingdom, Italy and Spain retain social distance and masks for students and employees. Turkey and Greece, like Italy, require teachers to produce proof of vaccination or a recent negative coronavirus test.

Low vaccination rates and epidemics have made it difficult to get children back to school after a year and a half of the Balkan countries, which are among Europe’s poorest.

Because so many children and staff members became ill or had direct contact with individuals who were infected, many schools have closed or switched to online learning.

In numerous countries, teachers’ unions have opposed obligatory vaccinations for school employees. Protests in Italy against the government’s “green pass” vaccine passport scheme have been marred by violence, including punching in the face of a reporter on national TV.

Teachers’ unions have long claimed that schools are too dangerous for teachers, who may get the virus and spread it to their communities and vulnerable individuals. Even when governments deemed it safe to open or partially open schools, unions exerted great pressure on governments to close them. When unions were dissatisfied with government action, they attempted to prevent their members from returning to work by filing lawsuits, issuing strike threats, and organizing strikes and large rallies to force governments to postpone school reopenings.

There hasn’t been a thorough examination of how many European schools were shuttered as a result of union pressure rather than medical advice. The well-organized and resourceful European teachers unions have strived to be at the forefront of political choices regarding whether or not to send children back to school. However, how union demands for health and safety measures are implemented and how much authority they have differed by country.

In the United States, the start of the new school year has also sparked heated debates between parents and administrators over mask requirements, which have occasionally erupted into violence.

Although European countries appear to be less politicized, tensions over masks and vaccines are escalating in places like Poland, where school administrators are ready for parental opposition.

Parents say children are stressed out enough as it is, returning after the lockdown.

It will be difficult for many countries to ensure that all students, particularly girls, refugees, and other vulnerable groups, return to school.

In fact, in schools in Africa and Asia, very few schools can offer online learning. Therefore, proving there is a real social gap. That says these children are second class, and if they want to learn they must put their lives on the line.

Therefore, making Back to School in 2021-20022, a mind puzzle without a clear picture of where all these pieces will go.