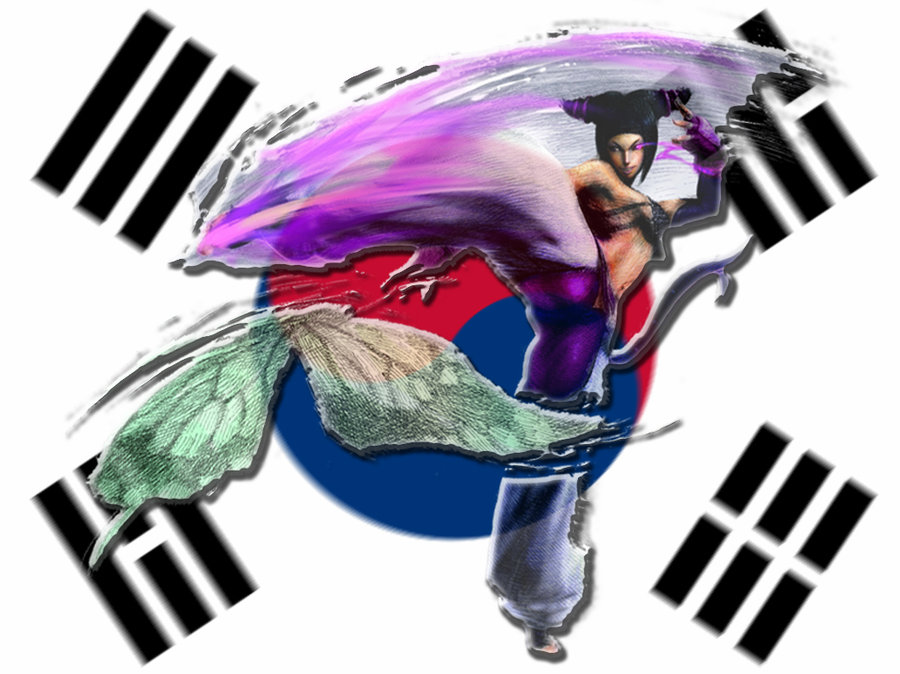 Three of the top five ranked nations are from Asia (South Korea, Japan and Singapore), with Europe being represented by the United Kingdom at number 3, and Canada representing North America, rounding out the top 5 at number five.

South Korea secured the top spot by only one point over last year’s winner Japan and maybe hard to takedown in 2015.

To compete in today’s global economy. Nations must invest in education and few countries are more invested than in this department than South Korea; whose parents spend 15% of their annual income on education, tutoring and supplemental education materials. South Korea’s return on their investment is bearing fruit, by improving at early-childhood enrollment boosting them ahead of Japan in this year’s poll. South Korea faces legitimate questions about how their students can maintain such a rigorous pace, with their high primary education test scores in math, reading and science; an excellent secondary graduation rate and, of course, the world’s highest post-secondary completion rate at 66%. South Korea’s plan to go 100% digital this year, and have textbooks in all of their schools accessible from a computer, tablet or phone, would put an awful lot of distance between them and many other nations, but at what psychological cost to their students?

Japan dropped to number two in this year’s poll and look to improve last year’s performance. It is hard to imagine Japan falling past the top two spots, however, the greater question now is whether Japan elects to increase their investment in early-childhood education. Despite displaying top performances in proficiency, reading, math and science in primary and secondary levels and having the world’s second highest college graduation rate (59%), it was also widely assumed that Japan’s high school graduation rates would be better (ranked 7th in the world). Even though it’s highly unlikely Japan will drop further down the poll, the country needs to reevaluate their thinking in two key areas, as they seek to regain the title as the World’s Best Educated Country.

The UK’ ranking remains the same from last year’s finish, but some of the country’s top education leaders are concerned that after years of improvement in secondary student levels are declining, and now is in danger of going into reverse. The Country’s Department of Education believes they are well-suited to address the problem, starting with their plan to recruit 17,500 new math and physics teachers over the next five years to increase standards. Obviously, if the UK hopes to advance in the rankings, they must improve their secondary levels, which was the only area, their nation finished out of the top 10 (number 15th).

Singapore continues to show they’re a force at the primary and secondary education levels, and show flashes of being capable of earning the top spot in the poll. Adding better ranking points from early-childhood enrollments and high school graduation rates seems like the logical choice. The poll’s ranking system is still won or lost at the five education levels, but if Singapore a small country with fewer students to make progress with; spent less than 4% of its GDP on education. Their opportunity to move-up in the rankings will lie with their willingness to spend more.

Canada’s success in education continues to grow, by moving up two spots from last year’s poll. Canada’s improvement in high school graduation rates is where the boost came (23rd to 14th). The next move for the country, is improving its early-childhood learning and skills development to help prevent over 20% of Canadian children entering school with learning delays, behavioral problems or other challenges. Canada’s reputation of having grit and go get it attitude shows they should make the upgrade in early-childhood education.

The Netherlands clearly made, progress in this year’s poll, especially at improved high school graduation rates, but if the Netherlands is to advance higher in the poll rankings, they have to continue to invest in their early-childhood education policies aimed at “groups at risk”, which are children that have a migrant background, language deficits, or have parents with lower educational qualifications. Given the fact they only trail Europe’s Best Educated Country by eight points, it wouldn’t be surprising to see the Netherlands achieving that gold next year.

For all the concerns about Russia’s economic issues, the biggest impact may be felt on reduce investment in education. Given the country only spends 5% of its GDP on education, Russia, like many other nations, spends less on early-childhood education, which explains their drop in the poll’s rankings. With the World’s 3rd highest college completion rate (57%), it’s hard to predict, if they will have the capacity of remaining in the poll’s top 10 rankings. Nevertheless, it’s impossible to count Russia out.

Germany has the economic resources to compete as one of the world’s best education systems, but lack post-secondary graduation rates to make a leap into the poll’s top 3. Advancing seven places from last year’s poll rankings, demonstrates a dynamic capability to become Europe’s best educated country to complement their increase in international high school graduation rankings from 14 to number 3. Germany led Europe in this category, which could pay immediate dividends in improving their post-secondary graduation rates for this year’s final poll ranking.

Finland has dropped-three places from last year’s poll, but it would be a huge mistake to assume their education system has gotten worse. Their education quality as measured, by international data may have not changed at all, but the introduction of other nation’s education systems that focus on taking tests has made Finland results appear worse than they really are. However, if they hope to regain their position, developing a more robust early-childhood education system could help their cause.

Israel has the highest standard of education in the Middle-East, and maintains their world ranking at number 10. With a moderate decline in higher education completion rates and with Israel’s population growth might be their biggest challenge to move-up the rankings. Currently, Israel spends 5.9 of their GDP on education, second highest among nations in the top 10, but if they want to challenge for a top 5 spot, they would be best served focusing on investing in early-childhood and at the primary education grade levels.

Finishing number 11 in this year’s poll, Denmark elevated five spots, and if they could have improved their secondary and post-secondary levels would have pushed them into the top 10. Denmark invests more in education than any country in the Top 20 Poll rankings, and boasts one of the world’s best early-childhood learning environments, and offers free higher education for its students. Improving their secondary and post-secondary completion rates is doable, and would make sense, as well as, increasing the number of primary students’ math, reading and science levels. Denmark has Europe’s most potential and matches up well with any Asian nation’s education system.

As the world’s largest populated country, China has a lot of flexibility, including potentially making a top 10 spot finish. A major challenge is reaching their rural population, and providing them with quality teachers and schools. China also has to concentrate on upgrading their early-childhood education system; with 100 Million children under the age of six, only 6% of them have, access to high quality early childhood education. Since, 2010 China’s Government has developed a new policy and committed resources to address the problem, now they are awaiting those outcomes.

After, major protest in 2012, over the Government’s proposed new education curriculum, it will be launched this year. The old “saying that don’t fix it if it’s not broken”, then why is Hong Kong trying to fix-it? Hong Kong has finished behind mainland China in this year’s global rankings. With more data available in early-childhood and upper-secondary education levels, Hong Kong’s ranking could be much higher. Their primary and secondary results show there teachers and school’s capabilities. If the Government’s new philosophies, is not counterproductive Hong Kong, will remain an elite educated country.

Norway compares well with other nations in upper-secondary and especially in early-childhood education, but in the primary and lower-secondary levels they are struggling. None of their 4th and 8th grade proficiency levels in math, reading and science finished in the top 10 in these categories. The Norwegian education system is well funded, and will probably remain a middle ranked country in global rankings, until their 10 and 14 year olds testing results improve.

Blame Ireland all you would like for falling six-places in this year’s ranking, but their decline isn’t based on their performances; it’s based more on other nation’s catching up. Ireland has the world’s sixth highest college graduation rate, but saw their high school graduation rate ranking drop, five spots from last year. Ireland also must start to address early-childhood education, where over 40% of children that live in urban disadvantaged areas, who are most at risk of not succeeding in education, lack adequate schools and teachers. Ireland’s education system has been more willing than most European nations to gamble on improving higher education but may now need to focus on lower levels.

Iceland is the smallest populated country in the rankings, but invests more of its GDP (per-capita) on education, than any other nations in the global rankings. Iceland investment has paid off by moving from 27th last year, to number 16th this year. Iceland ranks number six in early-childhood enrollments and number four in high school completion rates, but don’t be surprised if they remain a top 20 ranked nation, and get an opportunity to advance even higher next year. Adding a more proficient primary reading, math and science level could even help turn Iceland’s potential into a top 10 finisher.

Spain leaps into the World Ranking. Spain advances five places from last year, with an increase in high school graduation rates – 80% to 93%. Despite their success, Spain still has the world’s highest youth unemployment rate 53%. Spain’s next step will require improving their primary test scores, which have been relatively low in reading, and link to why it’s much harder for students to develop the marketable skill set to secure a job. Spain’s struggle at the primary levels has been their downfall, but it is also their starting point for tangible improvement.

Missing results cost Switzerland a top 10 finish in this year’s poll ranking. Despite moving into the top 20, Switzerland were less competitive at early-childhood enrollments and lower-primary levels. Providing more focus on the upper-primary and secondary levels seems to be a priority for the Switzerland education system, however, especially children with low socio-economic or immigration backgrounds seems to hurt those results. Switzerland is a viable contender for a top 10 ranking, but must improve access for these groups of children, if they hope to attain that goal.

The Slovenia’s early-childhood and high school education levels have been good enough to make them competitive, but the lack of a higher college completion rates, limits the country’s upside and future opportunity to break into the Poll’s top 10. Slovenia’s new immigration policies promise to boost education achievement for all their students, who climb the ladder towards higher education, which will make them, a nation to contend for a top 20 spot each year.

The US retains its Top 20 ranking and provides evidence that other nations are becoming more invested in education. With the US falling two spots from last year’s rankings, the US again failed to make progress in early-childhood enrollments and high school completion rates, which explains why. Given the resource the country has, re-structuring of both their low performing levels, the US can reverse their fortune against dropping out of the global rankings, and moving up to a top 15 finish.