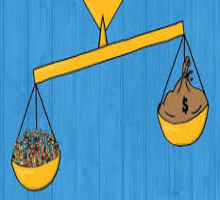 The Rich got richer, the poor got poorer.

The year 2020 could not have been written any better by a great science fiction Arthur of horror. The mass terror, the moment went it could all end. The clock is ticking, your air supply is fading, and your life light is going to end, it’s getting darker, and darker. This is it. Your life lights go out in 2020!

What happen? Why is this happening to me? Will life ever be the same? Has the freedom of choice been taken away from me? If so, who has done this?

What is going to happen to my children?

How can anyone make sense of this all? This is crazy.

A plague, I say, a man made pandemic that will whip us all out, O my goodness.

The Time to ponder

How this happens, and why this happen? What will the future hold? What will we do and what will 2021 look like and beyond is yet to be determined. 2020 was a year like no other. Starting with

On January 21, the US announced its first case of the coronavirus that has swept China. So far, China has reported more than 300 cases and 9 deaths. The US citizen recently traveled from China, and has been treated at a hospital in Seattle. On January 24, a second case was confirmed in the US. The woman was traveling back to Chicago from China. The US is considering evacuating other citizens in Wuhan.

Is this all a Conspiracy caused by the US Democratic party and world leaders to remove President Donald Trump and his new way of leadership led by the Russian? Is this all a master plan to use the seasonal death that annually kills 100,000 Americans – mostly older adults by the flu, an opportunity, to regain control?

“The Centers for Disease Control and Prevention states that the 2019-2020 season involved two waves of activity and moderate severity with an estimated 38 million people falling ill, 18 million visiting a health care provider, 400,000 patients hospitalized and 22,000 lives lost. That being said, case counts do tend to run higher due to the fact that not everybody gets diagnosed for flu and cases/deaths are invariably missing from official totals.”

Could this all be – “Up to 650 000 people die of respiratory diseases linked to seasonal flu each year.

Have we entered into the twilight zone?

What goes up must come down

The health care industry is overwhelmed with more patients in the history of mankind. Madness has hit the streets, stay inside, no one is safe.

April 30, Eurozone economy shrinks at -3.8% between Jan and Mar 2020, the fastest rate on record with Euro Bank President Christine Lagarde warning the 2nd quarter will be even worse

On May 26, hundreds of people in Minneapolis gathered at the intersection where George Floyd died. Floyd was being arrested after police were called for a potential forgery in progress. During the arrest, an officer placed his knee on Floyd’s neck, not moving it after Floyd said he couldn’t breathe. Floyd died later at the hospital. Four officers have been fired due to the incident. Protesters have gathered around Minneapolis, highlighting the #blacklivesmatter movement. By May 31, protests erupted in cities all around America. Curfews have been placed in cities and the National Guard has been deployed, but protests have continued. Various peaceful protests have led to clashes with the police, resulting in riots and looting. Various buildings have been caught on fire, as well. On May 30, in Detroit’s protest, an unknown suspect shot at the crowd, killing a 21-year-old male protester.

June 29, New Security Law Gives China Sweeping Powers Over Hong Kong. The law, approved in Beijing with speed and secrecy and signed off by Xi Jinping, will tighten the Communist Party’s grip on Hong Kong after last year’s protests.

Can You See A Pattern?

The COVID 19 pandemic started the new year in China, now six months in China is moving into Hong Kong to end democracy. Is China the new leader? Has the Russian strong arm been replaced? Stay tune there is more to come.

The US economy posts the largest quarterly fall on record with GDP down 9.5% for the 3 months to June 30. Follow the money trail. The last time this happen was in 1958, amid a depression that coincided with a devastating pandemic known as the “Asian flu.”

U.S. stocks hit record high, ending shortest bear market in history. Defying the coronavirus pandemic’s Savvy investors have been showered with profits, while millions of people without money to invest or even pay rent in the months ahead have been left out. Only about half of Americans own stocks, mainly through retirement accounts, according to the Federal Reserve.

Schools reopen around the World Despite Coronavirus Spread. But, teachers are refusing to go.

“I cannot risk bringing the virus home to my own family, and I would not be able to live with myself if I unknowingly passed the virus on to you or your families. 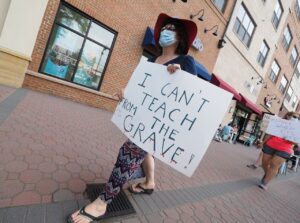 Talk about how the rich got richer. Billionaires’ wealth rises to $10.2 trillion amid COVID crisis. Billionaire wealth equates to a fortune almost impossible to spend over multiple lifetimes of absolute luxury. At the same time, more than 40 million Americans filed for unemployment. With tens of millions of Americans out of a paycheck and the stock market plummeting by 37% in March, how is it that the rich have continued getting richer?

Wealth concentration now is as high as in 1905, this is something billionaires are concerned about. The problem is the power of interest on interest – that makes big money bigger and, the question is to what extent is that sustainable and at what point will society intervene and strike back?”

The fact that billionaire wealth had increased so much at a time when hundreds of millions of people around the world are struggling could lead to public and political anger. “Is there a risk they may be singled out by society? Yes,” he said. “Are they aware of it? Yes.”

The super-rich were able to benefit from the crisis because they had “the stomach” to buy more company shares when equity markets around the world were crashing. Global stock markets have since rebounded making up much of the losses. The shares in some technology companies – which are often owned by billionaires – have risen very sharply.

Saw the end of the Donald Trump empire fall. President Trump was unseated by long-time wannabe king of the castle, Joe Biden. However, never giving in to the truth, Mr. Trump refused to go. Say it ain’t so Joe.

Biden won the highest voter turnout in modern history. And that is saying something, in a pandemic. Where we go from here is less Russia and more China.

COVID claim over 1.8 million lives in 2020. What a year. The only saving Grace is, if you are reading this post, YOU SURVIVED 2020

So to the rich, to China, and to whomever it concerns, in regard to writing this horror story. We the people will never die. Because, we believe in a dream and a dream can never die.