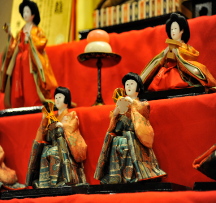 The first World Top 20 Education Poll was published this month, and rates Japan with the best education system.

Since the innovation of the technology industry era, Japan continues to prove its capability to bring change to society. No more evident, then its position as leading 259 nations in the World Top 20 Education Poll. That calculates data results from 6 international organizations that study countries from early-childhood enrollment rates, proficiency levels test scores in math, science and reading for both elementary and middle-school students, as well as, the high school and college graduation rates.

The poll’s developer, the New Jersey Minority Educational Development (NJMED) organization, gathers the data from the United Nations Educational, Scientific and Cultural Organisation (UNESCO); The Trends in International Mathematics and Science Study (TIMSS); Economist Intelligence Unit (EIU), Progress in International Reading Study (PIRLS); and the Organisation for Economic Co-operation and Development’s (OECO) Programme for International Student Assessment (PISA) study, and then confirms the data results through each nation’s department of education, to assure for its accuracy.

The Poll’s main focus is to use its results to establish a Global Standard and annually publish a list of the top 20 education systems, and update it 3 times a year. While, it’s impossible to compare countries based on the difference among economics, size, or cultural values; however, participant levels and outcomes are measurable.

As a result, the World Top 20 Education Poll outcome ranks these nations as the best 20 education systems in the world.

Has Investing in education really work for Japan

Japan is this year’s best. With a ten point lead over second-place South Korea and a 26 point advantage over third place, the United Kingdom.

Japan’s return on investment on education, has created a very strong global equity market, which has demonstrated their ability to prepare its future workforce in the new knowledge base global economy in the 21st century, through a progressive education system. That continues to build their Internet and nuclear power infrastructure.

While Japan uses national standardize testing to monitor the progress of its students. It limits its usage to 6 and 9th graders. Which has some expert educators questioning their policy for also using, testing to weed out students, for future opportunities in higher education that could discount, the true educational impact of their system offers.

This Not A Test Poll

Many of the top countries in the World Poll also rely on standardize testing to assess potential workforce knowledge and skills with an eye towards raising national productivity and surviving global competition. Which critics say inhibits the social development of children.

They agree that there has to be a balance, to assure the students are learning, but also developing socially to living happy and successful lives. Not teaching to be tested, but using cognitive and problem solving skills to handle real life challenges.

NJMED hopes to use this ranking platform, to work with each nation, in building a core group of stakeholders. That will team with local governments to assure every child on the planet, is allowed to reach their full potential, as well.  With projects like UNICEF’s Educate Every Child and the United Nation’s Education For All, the World Top 20 Poll realizes it already has allies in its cause. And with the support from nations Ministry’s of Education Departments, educating every child on the planet is achievable.