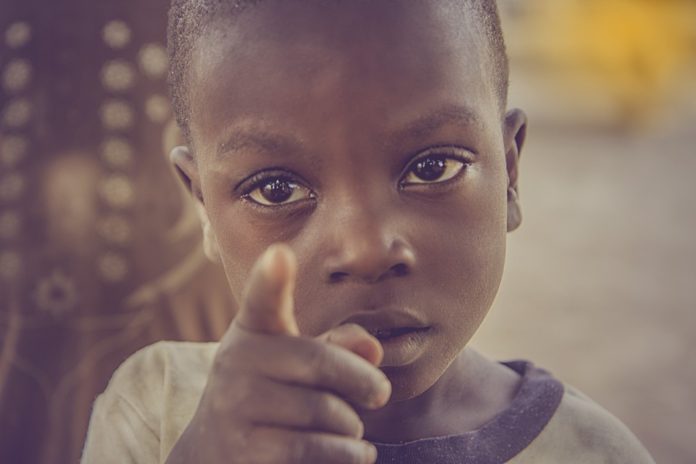 A Year in Review: the 5 Biggest Challenges the World Top 20 Project Faced in 2017

The World Top 20 Project’s mission is to ensure every child on the planet has an opportunity to reach their full potential, with access to quality education in a safe and nurturing environment.

What is War Good for? Nothing

The civil war in South Sudan has taken a heavy toll on children and teens. The war began in December 2013 after government troops — known as the Sudan People’s Liberation Army or SPLA.

No one knows how many South Sudanese people have been killed since the outbreak of the civil war.

Here is more information about why Sudanese children and their families have become victims:

Over 1 million refugees from South Sudan now in Uganda

The News Just Keeps Getting Worse from Nigeria

It was reported in 2017, Nigeria has the ‘largest number of children out-of-school’ in the world

Was the report true? The answer is NO. However, Nigeria does have over 8.0 million children out of school.

As the largest country in Africa, Nigeria’s investment in children education is an embarrassment to the continent. The country is a case study of a nation divided. Especially in northern Nigeria where the largest population of the Out-of-School children live. This diminishes their reputation around the world, and reveals their instability as a nation.

You can find more information about Nigeria’s education system, below:

Does Nigeria have the world’s most girls out-of-school, as activist Malala claimed?

About 617 million children and adolescents worldwide are not achieving minimum proficiency levels in reading and mathematics, signaling “a learning crisis” that could threaten progress on global development goals, according to UNESCO

Lack of a good education equals lack of a proper job, which results in too much free time for young adults that is often poorly utilized. And for children in undeveloped countries, they are more exposed to gang violence, theft, drug use and child exploitation. Which means, children and adults with a meaningful lack of education are more vulnerable to victimization.

Who benefits from this???

Below are links to more information, on the learning crisis from around the world:

More than half of children and youth worldwide ‘not learning’

The Abuse of Power

We’re here to HELP. To help defend those who cannot defend themselves. The International community formed a special group through the United Nations called UN Peacekeeping. The UN Peacekeeping operates in some of the toughest and most dangerous places in the world, going where others cannot or will not.

The UN’s Peacekeeping mission to protect human life around the world is a godsend. With men and women from over 130 nations serving as Peacekeepers to help countries navigate the difficult path from conflict to peace. And helping prevent conflict, reducing violence and strengthening security in the field where it matters most.

Sometimes a good cause can go bad. And in Haiti it did. Where groups of Peacekeepers from Sri Lanka committed the vilest acts on a people and children. The only punishment they’ve received was to go home. If the UN and its nation members, don’t act on punishing this group of evildoers, it will threaten the credibility of the UN Peacekeepers forever.

Read more related information on the victimization of Haitian children:

More than 100 UN peacekeepers ran a child sex ring in Haiti. None were ever jailed

UN PEACEKEEPERS: HOW A HAITI CHILD SEX RING WAS WHITEWASHED

Profit and Greed Over Life

Many of the world’s top company’s are using child labor to help increase profits for their stock value and shareholders pockets. You to maybe also helping to exploit children if you buy any products from these companies – Microsoft, Lenovo, Renault, Vodafone, Huawei, L&F, Tianjin B&M, BYD, Coslight, Shenzhan BAK, ZTE (See the complete list of other companies)

Over 150 million children are victims of cheap labor, and most work long hours for little pay or for no pay as slaves. Most people don’t care. If they don’t see it or know about it, what’s wrong with it.

Everything is wrong with it. Former child labor workers are more likely to have low-paying jobs as adults, which increases the world poverty rate. It also destroys the child. It erases what could have been to endlessness and hopelessness. So again, who cares?

Of course, companies deny, they support child labor. They say, We are helping create jobs in poor countries, through Global Partnerships. That helps raise families out of poverty. They strongly feel, if children are working in these countries. The local manufacturers are responsible for these senseless acts?

Whomever is to blame. Is something you have to decide. We’ve selected Child labor and the forces around it, as the greatest challenge the World Top 20 Project’s mission faced in 2017.

IS MY PHONE POWERED BY CHILD LABOUR?

Child Labour in the Fashion Industry

5 Companies That Still Use Slave Labor

15 Other Major Challenges Children and Countries Faced in 2017:

The downsides to Singapore’s education system: streaming, stress and suicides

Male rape and sexual torture in the Syrian war: ‘It is everywhere’

Heavy fighting forces thousands of Ukrainian children out of school

School Violence in Morocco and the Need for a True Reform

For The Venezuelan Opposition, Protests Are ‘Like A War’