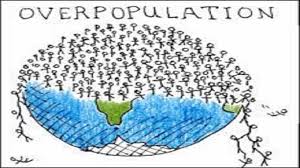 According to UNICEF, 102 million children’s were added to the 270 million of out of school children total, because of COVID 19

That is 372 million children’s lives ending before they get started. What are we going to do about it?

According to a new UNICEF report, at least 200 million kids live in 31 low- and middle-income countries that are still unprepared to use remote learning in the event of future school closures. 102 million of those pupils live in 14 nations that have kept their schools closed for at least half of the COVID-19 outbreak, effectively shutting many schoolchildren out of any type of education.

The Remote Learning Readiness Index, which covers over 90% of students in low- and lower-middle-income countries, assesses their readiness to deliver remote learning in response to interruptions in in-person education. The study looks at three areas: the availability of home-based assets and parents’ educational levels, the implementation of policies and teacher training, and the education sector’s emergency readiness.

Even among those with better national scores on the index, within-country differences mean that children from poorer families or living in rural areas are significantly more likely to lose out on school closures.

The Harm is done

Learning to read can shift a child’s life trajectory, but the older they get, the more difficult it is for them to gain basic literacy skills. Studies show the learning loss caused by school closures would be catastrophic. Even kids who fall behind in general education have a hard time catching up. Children in the lowest school districts are already four grade levels behind their peers in the best districts by the sixth grade. Third-graders who struggle with reading are four times less likely to graduate from high school, and the National Center for Educational Statistics estimates that up to 21% of adults in the United States are illiterate or functionally illiterate.

Because children academic and social success are on the line, educators must kept a close eye on the COVID-19 data from the start. Education experts discovered that school closures were both unreasonable and ineffective. COVID appears to have a 99.995 percent survival rate among children and adolescents, according to the most extensive research to date. COVID child fatality rates are similar to those of the respiratory syncytial virus (about 500 pediatric deaths per year), for which schools have never been closed. COVID data from March to June 2020, when Swedish schools were open without masking, was the subject of one Swedish study. During that time period, no child died from COVID, according to the analysis. According to research published by the American Academy of Pediatrics, COVID cases for children in California hospitals were overcounted by 45 percent between May 2020 and February 2021. In several other studies, children were found to be significantly less likely than adults. Closing schools had no influence on community transmission, the effectiveness of closures for containing spread was, at best, highly unclear, and the effectiveness of closures for containing spread was, at best, highly unclear. Closed schools were also not connected to lower COVID mortality.

When it became evident that California public schools would remain closed despite the lack of proof that they were effective and the vast quantity of evidence that they could safely reopen.

However, finding teacher unions who shared this viewpoint is hard. While schools were open in Europe or Florida, many teacher unions disagree. Prior to the school closures, the teachers’ union leadership were in favor of keeping schools open. Now, many teachers believe that the way children were treated during the COVID era was a moral stain on the profession. An unspeakable crime was done against public school children and families over the course of a year of online learning.

Remote learning was a complete failure, and for many children, it was the equivalent of not going to school at all, according to national data in the US. Failing grades have risen dramatically across the country, and first-graders are now far behind in reading. Children dropped behind by 3-6 percentile points in reading and 8-12 percentile points in arithmetic across the country, with younger students falling further behind.

Years of life have been lost as a result of these learning losses. Longer lifespans have been linked to higher literacy and education levels. This link isn’t only economic—better health is linked to education’s behavioral and social effects as well. In addition to academic loss, when pupils were confined to their homes, childhood obesity, which has serious long-term repercussions, surged dramatically. According to the CDC, adolescent mental health visits to the ER climbed by 31% in the United States in 2019, while teenage girls’ suicidal thoughts and attempts surged by more than 50%.

Children are falling behind in their development. Went will it stop?

While school closures were necessary due to valid public health concerns, our data reveal that pupils have paid a high price in terms of lost learning. There’s also evidence that the stress and isolation of online learning are leading to mental health problems among teenagers.

However, these children’s fundamental services were unexpectedly cut off in March 2020, and their legal rights were effectively forfeited. For lower-income pupils of color in the US. The majority of the pupils did not have access to the internet at home, and many of them relied on the school for meals, health care, and counseling. What could be more “important” than school, you may ask?

These students were more than capable of academic advancement, but they lacked sufficient instruction.

However, children who face problems such as learning disabilities, loneliness, or a lack of resources will find it difficult to succeed.

After schools reopened this fall, teachers notice disengagement and learning loss in their students, ranging from missing assignments to dropping test scores, with long-term consequences for certain students’ economic well-being.

The Yidan Prize Foundation, based on 70 years of research, demonstrates that education, above all else, may help to create that world. The most important step we can take now is to empower women via quality education in order to close the gender gap in education.

However, there are still many more women over the age of 15 who are uneducated globally (451 million women vs. 278 million men in 2020) 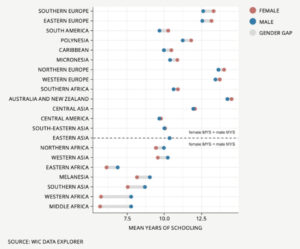 The Covid-19 epidemic has very likely exacerbated the problem. For example, classrooms in southern Asia have been closed for longer than the worldwide average, making remote learning impractical for many. Many youngsters, especially girls, will likely never return to school.

Women choose to have fewer children when they are well educated and have knowledge about (and access to) contraception. And those children grow up to be healthier and more educated, increasing the chances of a demographic dividend that will help their country thrive and prosper.

According to Yidan findings, alternative future scenarios of female education alone might result in a global population differential of more than one billion by the middle of this century, influencing the possibilities for a sustainable future.

For many years, the development community has focused on basic schools, but secondary school education is also required to go out and work productively.

For both students and countries, the optimal strategy would be for all countries to demand 10 to 12 years of compulsory schooling and education for both sexes. In richer countries, this has been in place for a decade.

By 2050, over 60% of the world’s young people will be living in Sub-Saharan Africa or South Asia. Climate change, politics, economy, peace, and stability will all be shaped by this generation.