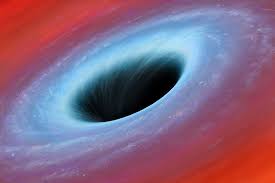 The world came crashing down and ate a future generation of children.

Climate change, poverty, and conflict are all threats. After a pandemic that kept 1.5 billion children out of school, a quarter of countries’ education systems are on the verge of collapsing, according to a new study from Save the Children.

Their study warns that the education of hundreds of millions of children is on a knife’s edge due to an unprecedented severity of dangers, including COVID 19 and the climate crisis.

According to Save the Children, a quarter of nations – the majority of which are in Sub-Saharan Africa – have school systems that are at extreme or high danger of collapsing.

According to the UN, over 1.5 billion children were out of school for the first time in history during the epidemic, with at least a third unable to access remote learning.

The terrible effects of COVID-19 are causing us to lose a generation.

According to UNICEF, while most of the industrialized world is looking forward to a return to more normal schooling during 2021-22, more than 100 million children in other areas of the world are still out of the classroom due to statewide COVID closures in 16 countries.

Between 10 and 16 million children are thought to be at risk of not returning to school at all, with females being the most susceptible.

This year, governments throughout the world will spend $5 trillion on K-12 education. This generation could lose twice or three times that amount in earnings unless they get all children and young people back to school, keep them in class and reclaim the core principles of learning.

The first impact was the loss of millions of lives due to the COVID 19 virus’s sickness. The second factor was human misery brought on by job insecurity and poverty. The third focuses on youngsters and teenagers who were supposed to be in school but were instead told to stay at home.

The link between Education and Poverty

The pandemic has been going on for two years. Almost all governments determined that keeping students out of school and colleges was one of the most effective approaches to combat the pandemic. Keeping educational facilities open, according to public health experts, would encourage the virus to spread further. Kids would have to stay at home to “flatten the curve” and minimize hospital overcrowding.

Many European and East Asian countries swiftly reopened schools this fall, recognizing both the evident costs to children and the lack of evidence of the benefits of a complete closure. However, school closures were continued for unusually lengthy durations in several nations in South Asia, Latin America, the Middle East, and even East Asia.

By the end of 2021, the number of school days lost had surpassed 200—roughly a school year and a half. This lengthy pause in learning could have serious long-term consequences, especially in low- and middle-income countries.

The majority of the impact will be seen by children and youth aged 4 to 25 in 2020 and 2021, resulting in significant intergenerational inequity. When children are absent from school for an extended period of time, they not only cease learning but also forget a lot of what they have learned.

According to the World Bank, a 7-month absence from school would increase the percentage of pupils in ‘learning poverty’ from 53 to 63 percent by late 2020. A total of 7 million pupils would be forced to drop out of school. The consequences on women, minorities, and girls will be even harsher. The loss predictions have been revised upwards, and now expect learning poverty to approach 70% unless immediate and aggressive action is taken. 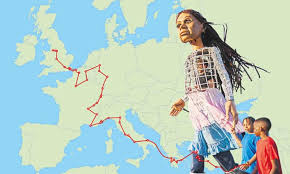 Those with the fewest resources have suffered the greatest losses.

Children from the poorest families suffer the most losses in all countries—rich, middle-income, and poor—because their possibilities to maintain any educational involvement through distance learning are limited. Only half of all students in middle-income nations and a tenth of pupils in the poorest countries have access to the internet. The usage of television and radio, as well as learning materials that make learning easier, has aided, but it cannot replace interactive education. ‘Learning’ cannot be defined as a few hours a day spent watching television or listening to the radio.

As a result, the existing significant disparities in opportunity are widened. COVID-19 may result in lesser growth, higher poverty, and greater inequality in the developing world for a generation, posing a devastating triple danger to global prosperity for decades to come.

The UN has hard data on learning losses in middle-income nations like Brazil and India by late last year. Educators in the state of So Paulo, for example, elected to measure the status of learning on a continual basis, in contrast to many other countries, who have postponed any form of learning measurement, possibly to avoid bad news. Students learned 27 percent less than they would have learned in regular circumstances after a year without in-person classes, according to the researchers. Pratham, a well-known education NGO in India, discovered that minimal competence levels in the state of Karnataka have been lowered in half.

Many countries had restored schools by the end of 2021, which is encouraging. However, approximately one out of every four school systems remained closed, and many others had just partially reopened. Although 300 million children still need to be securely transported back to school, 1.5 billion youngsters were back in class. But that was before the virus’s Omicron version. Since the beginning of the year, these figures have changed.

Experts believe that a combination of reopened schools, remote learning, and remedial programs can mitigate the effects of the disruptions, serve as a model response for future shocks, and possibly even improve public education compared to a few years ago.

Securely reopen schools. If the idea of millions of children sitting in front of the television disturbs you, consider this: more than half of the households in 30 African countries lack access to power. For far too many children around the world, home settings are not favorable to learning; far too many lack access to the Internet, a suitable device, funds to purchase data or books, and a place to study at home.

And education is a social effort by definition: it necessitates constant engagement. This entails the establishment of physical schools, which must be opened and made safe for students and teachers. It is necessary to make investments. Money is frequently available for this, and there is no shortage of guidance from international organizations on how to do it.

A national feeling of urgency is generally lacking in many countries.

Invest in online education. During the two years of the epidemic, teams from the World Bank and the OECD undertook an assessment of remote learning. The outcomes aren’t always positive. The epidemic, on the other hand, demonstrated that hybrid learning approaches, which combine in-person and remote instruction with the use of smart digital technology, are here to stay. However, technology investments must be carefully paired with investments in learning skills.

The pandemic has hastened a shift in attitude toward the use of technology, and nations only have a little time to persuade teachers and administrators to consider technology as an integral component of the learning process. After all, this isn’t the first time a virus or natural disaster has forced schools to close. Better learning tools in the classroom can make the system more effective both when schools are open and when they must close by supporting the continuation of the learning process at home.

Remediate to make up for lost or missing learning. In the United States, pupils returned last fall with about a third less reading learning than they would have had in the previous academic year. In many nations where schools are closed for long periods of time, kids begin a new grade without having absorbed even a small percentage of what they were taught in the prior grade.

If children do not catch up, especially those in the early grades, when losses are greater, they may drop out. Schools all across the world must adapt to students’ needs, including their basic literacy and numeracy abilities, as well as their mental health and well-being, say experts. Students who learned less last year, on the other hand, tend to rebound faster than others if they are given remedial help. However, without extra assistance for teachers and principals, this will not be possible.

Keeping a lasting loss at bay

The World Bank Group is assisting in these efforts by working on around a hundred COVID-related education programs in over 60 countries. The total cost of these projects is $ 11 billion. These are World Bank records, but they are a drop in the bucket compared to the $72 billion the US government has set aside to help public schools reopen safely.

More efforts are needed to fund the return to classroom-based teaching and assist public schools in adopting teaching strategies that integrate online and in-classroom learning and teach kids at the level they require today, focusing on fundamental skills and in their native language, say experts.

A billion children’s futures are in jeopardy around the world. COVID-19 will be a big setback for this generation until we get them back in school and find strategies to mitigate the effects of the disruption. When the effects of the coronavirus are fully assessed, it will be obvious that the greatest loss of learning is the result.

In a decade, we may look back and realize that the pandemic’s most devastating loss could have been avoided. We have the opportunity to act now and avoid regret later.