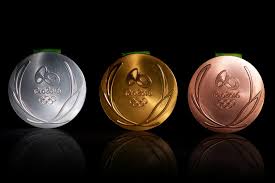 The Olympic Games for Education – The Global Academic Awards

Over 200 nations compete this summer, to see who has the best education system in the world.

The world’s greatest sporting event, the Summer Olympics Games will take place next month, a year late because of COVID-19. As countries compete to see who is the best in swimming, gymnastics, track and field, boxing, and archery.

The world will be exposed to a new event to see what nation has the best early childhood, primary, lower-secondary, high school, and college education levels.

You say education is not a sport. Not a show of endurance training and dedication. I say you are a fool not to think so.

The time has come for nations to face the reality education is the most important feet to accomplish and behold. Where nations can be tested and admired for their commitment, to stand alone for developing the best of the best.

The Award’s competition was born to support the United Nation’s Sustainable Development Goal (SDG) Initiative that asks nations to improve the lives of the people in their country by the year 2030.

The UN’s SDG education mission is to ensure inclusive and equitable quality education and promote lifelong learning opportunities for all. Well, the Global Academic Awards will test each nation’s ability to accomplish those talents.

And you have a front-row see to see who comes out on top this summer.

In the Global Academic Awards, no one individual or team represents their country. It is not that simple. It will be the whole government and their system to develop human capital. That means our children, teachers, and schools’ performance will determine who is the winner and losers.

Using basic percentage calculations and sorting each nation’s data into sections. The data represent reported international data for Primary and Lower-Secondary education levels from 2015 to 2018, by WDI and UNESCO. From 2016 through 2018, the Early Childhood, High School, and College education data were collected by the OECD and UNESCO.

The data come from each country’s self-reporting to the UN’s from the above-mentioned international educational data collection platforms.

So the data are the latest reported education data, according to each nation.

The Global Academic Awards winners are chosen based on the education data they present and how it compares to that of other countries.

To reach the awards, the nation that successfully completes its geographical area competition must compete in five rounds.

The format is as follows:

Sixty countries are eligible to advance to the Continental round.

Who Will Be Our Winners?

Awards are a way of recognizing someone’s accomplishments. Of attaining a level that no one else has. The goal of the Global Academic Awards is to inspire and encourage nations to achieve greatness, which will need everyone’s participation. Everyone, no matter how big or small, can contribute to success.

Education will capture the nation’s attention and make its presence felt in 2021. It will never be underestimated again!

We want to know the outcomes wherever a book can be opened, from Africa’s scorching heat to Antarctica’s cold permafrost.

Predictions about who will win begin at the local level, progressing to the region, and then to the global stage.

This is where we begin: Africa.

Egypt, Algeria, and Tunisia, all from the northern part of Africa, are powerful nations on the continent. South Africa, Namibia, and the formal nation known as Swaziland – eSwatini – are all countries in Southern Africa that should have excellent educational systems. Ghana, Nigeria, and Sierra Leone should be the representatives from Western Africa.

Ghana, Kenya, and Egypt should be the three countries that emerge from the Continent round and represent Africa. These three countries have the most advanced educational infrastructure in the region.

Asia, like Africa, is divided into five major geographical regions. Powerhouse nations like China, Japan, and South Korea dominate the East, and they should represent the region. Kyrgyzstan, Turkmenistan, and Uzbekistan are solid countries in Central Asia that should advance. India, Nepal, and Sri Lanka should be given priority in South Asia.

Singapore, Indonesia, Vietnam, Israel, Saudi Arabia, and Kuwait should qualify for the Continent round from Southeast and Western Asia.

South Korea, Japan, and China should be the three Asian countries represented.

From the south, it appears that France, Belgium, and Italy have the upper hand. Russia is a shoo-in from Eastern Europe, but Germany and Poland should move on as well.

Russia, Finland, and Denmark are expected to be the three countries representing Europe.

Only four teams can qualify to compete in the Global Academic Awards. So the three countries favored representing the Continent are – the USA, Canada, and Mexico.

Like North America, there will only be the Continent Round winners representing them in the next round. The three favors to move on are Brazil, Chile, and Argentina.

Only three winners of the Continent Round advance to the next round of the competition. Costa Rica, Guatemala, and Belize are the three predicted winners.

Oceania is divided into three geographical areas. Australia, New Zealand, and the Solomon Islands are the selections from Australasia. Kiribati, Nauru, and Palau are expected to advance from Micronesia. Tuvalu, Samoa, Tokelau, and American Samoa are expected to win the Polynesia region.

Australia, New Zealand, and Kiribati are expected to be the three Continent winners.

The three countries expected to represent the Caribbean are Puerto Rico, Cuba, and the British Virgin Islands.

The Countdown to the Finals

Countries move on to the international stages after completing their continental rounds. Countries will be seeded from their Continentals in the first round.

This year’s seeding is as follows:

Ghana, Kenya, and Egypt are expected to be the top three nations in Groups 1 and 8. All three Asian nations – South Korea, Japan, and China – should win Groups 2 and 7. All three European nations – Russia, Finland, and Denmark – should be in the top three in Groups 3 and 6. In Groups 4 and 5, the United States, Canada, and Chile should advance to the next round.

The nations in Groups 1 and 8 and Groups 4 and 5 will compete:
Ghana, Kenya, and Egypt, the United States, Canada, and Chile

The nations in Groups 2 and 7 and Groups 3 and 6 will compete:

The Semi-Finals are expected to feature Group 1 and 8 and Group 4 and 5 winners – the United States, Canada, and Chile. Finland, South Korea, and Russia are expected to be the winners from Groups 2 and 7, and Groups 3 and 6.

All six countries will be matched in the Semi-Final Round, with four countries advancing to the medal rounds.

You have Finland, which has been voted the best educated country in the world for the past decade. Four out of seven years, the annual World Top 20 Education Poll has named South Korea as having the strongest education system. Next, we have the United States, which spends over $700 billion a year on education.

Because of their history of educational innovation dating back to the first century, Russia may have the best chance of earning the first gold medal at The Global Academic Awards. How about Canada, which has boosted its investment in modern educational technology? Last but not least, Chile, a rising force in Latin America, where does it stand in terms of educational growth?

Who will win the gold medal in Early Childhood, Primary, Lower-Secondary, High School, and College education levels? Only six countries hold the answer to that question.

Which country will win the overall medal count and points to be declared the best educated country in the world? We will find out on August 22, 2021.

The international data used was collected from the following sources: