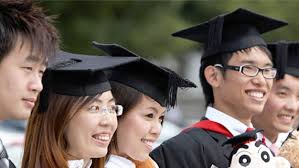 The first Global Academic Awards ended this week. The results show some countries are determined to be the best, while others are behind in their organizational structure, have poor leadership, and suffer from a lack of communication from the local and national government levels.

What was on display during this competition was a disconnect of how important it is to gather, maintain, and update education data. It is not something you should do, but what you must do in the 21st century. If not you are begging for failure and a crumbling government.

Below is a breakdown of the final three rounds of the Global Academic Awards. There were many surprises and unbelievable outcomes. Nevertheless, it points to countries that have a better grip on their future, and guarantee to become world leaders in the 21st century.

China made a strong move to the top, by leading Group 2 and 3. This featured four other major education powers – South Korea, United Kingdom, Russia, and Japan.

In Group 1 and 4, winner Chile came out of South America as the leader and leads countries from North America, Africa, and the Caribbean.

Here are the results:

Russia became the Global Academic Awards overall leader in the competition in the Semi-Final round.

South Korea and China also advanced from Group 2 and 3. Mexico, Chile, and Kenya came out of Group 1 and 4.

The medal round produces the biggest excitement of the competition with South Korea and Russia needing the pandemic decider.

For student preparation for children 6 to 11, Russia won the Gold for Primary Education.

The transition development for students into early adulthood was won by Russia via a Gold Medal in High School Graduations.

Russia and South Korea tied for the most medal points won in the Global Academic Awards competitions with both countries achieving 10 apiece.

The overall winner of the competition had to be decided by a tie-breaker. The School Safe level of each country was used as a tie-breaker.

In France in 2024, every country on the planet will have an opportunity to show their wares. Who is committed to change, stay the same, or continue to fail their population? The World Top 20 Project will be watching.